SLAVERY: EXONERATING CHRISTIANITY AND THE BIBLE

Ebenezer Afolabi
Join to follow...
Follow/Unfollow Writer: Ebenezer Afolabi
By following, you’ll receive notifications when this author publishes new articles.
×
Don't wait! Sign up to follow this writer.
WriterShelf is a privacy-oriented writing platform. Unleash the power of your voice. It's free!
Sign up. Join WriterShelf now! Already a member. Login to WriterShelf.
20   1

This article is my reaction to the wrong accusation that Christianity and the Bible supports slavery and especially the enslavement of the black race. How true and fair is this accusation? Without denying the fact of slavery and the supression, oppression and maltreatment of the black Africans, I am writing this article to demonstrate that the Bible and Christianity is free from the accusation that they promote slavery.

Like I said earlier, I am not denying the fact of slavery and I will not be sincere if I say slave masters never used the Bible or the tenets of Christianity to manipulate their slaves, but I insist that the Bible and Christianity does not promote such inhumane treatment of any man, whether slave or free.

What the Bible teaches is kindness to fellow men, equity, justice, love and respect for human life. I know you may want to remind me of Ephesians 6:5 which says, " Slaves , obey your earthly masters with respect and fear, and with sincerity of heart, just as you would obey Christ", but you may have forgotten that the same Bible also say this of the slave masters: "And masters, treat your slaves in the same way. Do not threaten them, since you know that he who is both their Master and yours is in heaven, and there is no favoritism with him" (vs 9). Let me also quote from Col.4:1: " Masters, give unto your servants that which is just and equal; knowing that ye also have a Master in heaven".

The truth is that slavery predates Christianity and all that the apostle Paul did was trying not to deny its reality among the people, but admonished believing masters to treat their slaves with respect. Commanding Christians to free their slaves would not therefore have been legal, nor would it have worked as, by state law, some of those slaves would still not have been free. But Christians were commanded to love others as Christ loved us. That meant that people could no longer be treated as slaves, but Christians would then become the servants of all, as Christ was (Philippians 2:7).

Although Christians could not abolish Roman slavery, they started a new form of society, a new 'race', within the Roman Empire in which they lived, and this effectively challenged the status of human beings either as masters or as slaves to other human beings.

Many Scriptures and books of the Bible (e.g. Philemon) were used as pro-slavery propaganda in justifying the enslavement of African people. Yet in the midst of these horrid conditions, many slaves still turned toward to Jesus Christ. Instead of merely adopting the heinous eisegesis of racial inferiority endorsed by the enslavers and many ministers, the slaves noticed an incongruity in the doctrinal messaging.

One notable former slave, Frederick Douglass, eloquently differentiated between the Christianity that became tethered to antebellum slavery, and the Christianity he (and others) discovered through personal readings:

There were some white Christians who pushed for antislavery bill because they considered it evil. One good example are the Quakers. When some enslaved people got converted to Christianity, they noticed that their masters have wrongly used the Bible to manipulate them and when they started reading the Bible for themselves, they understood better and started using the same Bible to argue for their freedom.

On the final note, I will like to debunk the assertion that the Bible was hurriedly put together by Emperor Constantine in 325 AD when he decreed Christianity . . .as the religion of the state and the violent conversion of the then Roman world to Christianity. This assertion is fallacious, preposterous and it's totally in discordance with the known fact of history.

Permit me to start by saying, love as well as hate can write a story of Christianity, and the greatest is written by hate. Who was Emperor Constantine? What role did he play in the canonization of the Bible? Let me quickly deal with this.

Emperor Constantine was a true convert to Christianity. After the Battle of Milvian Bridge, he announced the Edict of Tolerance for the Christian faith. History records that he was the first Christian Emperor in the Roman empire. Constantine called himself a Bishop of those outside the church in order to bring them into the church. He felt that God had appointed him to convert the Roman Empire to Christianity. In fact, one tradition said Constantine considered himself the 13th Apostle of Jesus.

Constantine called the first great ecumenical council into session - the Nicean council in 325 AD. Contrary to the above assertion, Constantine did not collate the Bible and he didn't choose what gospels went in and got eliminated from the Bible. The Bible has been in circulation two hundred years before Constantine was born.

Put succinctly, the Council of Nicea in 325 did not decide which books should go in the canon of the Bible or which should not. Not one of the decreed of the Council of Nicea deals with the the Canon. What was under discussion was whether Jesus was coeternal with the Father or not - an argument between Arius and the Orthodox fathers.

Another assertion I need to debunk is coercion of slaves to recite the Nicean Creed as if it also supports slavery, dehumanization or the subservience of any race. The Nicean Creed has nothing to do with slavery. It is about the faith of the Church. This is the content of the Creed:
We believe in God, the Father Almighty, maker of all things visible and invisible, and in one Lord, Jesus Christ, the Son of God, the only begotten of the Father, that is, of the substance of the Father, God from God, light from light, true God from true God, begotten, not made, of one substance [homoousion] with the Father, through whom all things came to be, those things that are in heaven and those things that are on earth, who for us men and for our salvation came down and was made flesh, and was made man…”

Let me conclude my essay by quoting few lines from the excellent book of James Kennedy titled, 'What If Jesus had Never Been Born?" He gives an overview of some of the positive contributions Christianity has made throughout the centuries. Here are few highlights:
 Hospitals, which essentially began during the Middle Ages.
 Universities, which also began during the Middle Ages. In addition, most of the world‘s greatest universities were started by Christians for Christian purposes.
 Literacy and education for the masses.
 Capitalism and free enterprise.
 Representative government, particularly as it has been seen in the American experiment.
 The separation of political powers.
 Civil liberties.
 The abolition of slavery, both in antiquity and in more modern times.
 Modern science.
 The elevation of women.
 Benevolence and charity; the good Samaritan ethic.

Therefore, Christianity should be exonerated from such unfair accusation.  Christianity doesn't enslave people; it transforms and brings out the best in people.

Thanks for reading. I remain Ebenezer Afolabi, the author of "Doing Apologetics with an African Mindset" (ebenezerafolabi54@gmail.com).

Which Skills Are Going To Be Applicable In The Future of ...

Troubled Blood - Swim in the Sea of Cormoran Strike

Ebenezer Afolabi is a graduate of LIFE Theological Seminary, Ikorodu, where he earned his first degree in Christian Education and Music and a master's degree in Biblical Studies. Ebenezer is a passionate defender of the Christian faith. He has authored eight insightful books titled "The Absurdities of Faith", "Making Apologetics Appealing to Africans", "Women Marrying Younger Men: A Biblical Perspective", "Bible and the Postmodern Man", "Careless Wives, Unfaithful Husbands", "Doing Apologetics with an African Mindset", "The Wonders of God's Names", and "A Closer Walk with Jesus". 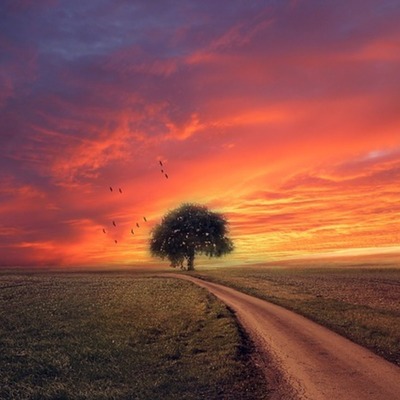 More from this author
Remember!
This article is an excerpt from the book titled, "Living the Higher Life" .
2020/10/22 Ebenezer Afolabi

More to explore
Golden Ducks
One could say that smart Californians look north.  And the Warriors are proving themselves to be pretty darn smart. ...
2017/06/24 DubNut 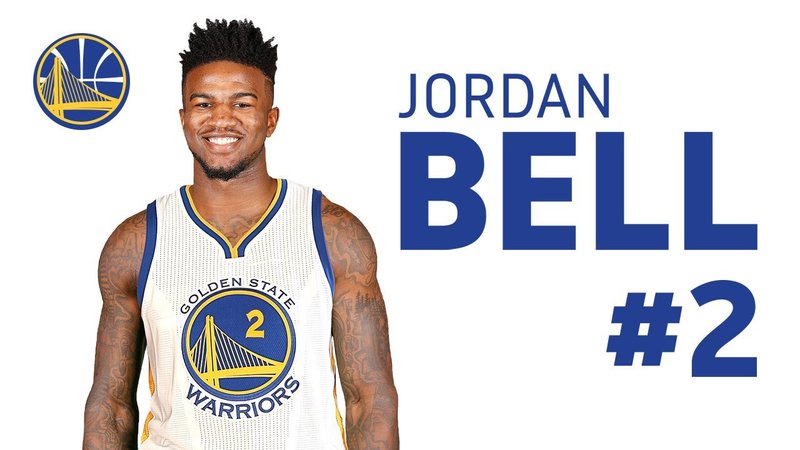 How to Improve yourself overall
Everybody has some sort of room for improvement when it comes to awareness- either of self and of surroundings. Here ...
2018/05/11 Relieved Navy Beaver The Best Cooking Gifts
Source If you are scratching your head thinking about what you can get your friend who loves to cook, look no furt...
2019/10/19 Individualistic Strawberry Glass 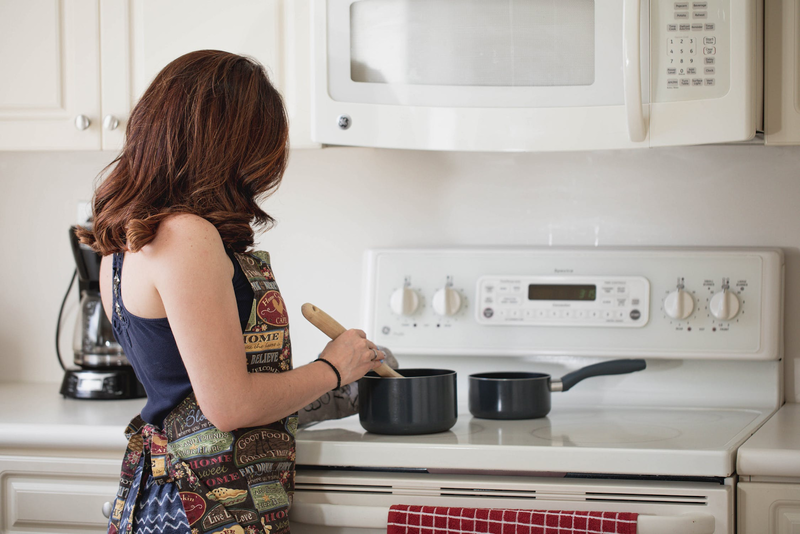 More from this author
Remember!
This article is an excerpt from the book titled, "Living the Higher Life" .
2020/10/22 Ebenezer Afolabi

More to explore
Golden Ducks
One could say that smart Californians look north.  And the Warriors are proving themselves to be pretty darn smart. ...
2017/06/24 DubNut

How to Improve yourself overall
Everybody has some sort of room for improvement when it comes to awareness- either of self and of surroundings. Here ...
2018/05/11 Relieved Navy Beaver

The Best Cooking Gifts
Source If you are scratching your head thinking about what you can get your friend who loves to cook, look no furt...
2019/10/19 Individualistic Strawberry Glass

Email comments or suggestions to: hello@writershelf.com